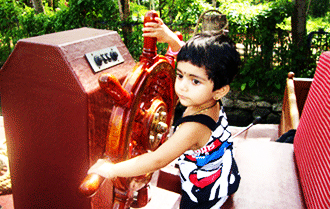 Bells Boats Alleppey, houseboat concern of SevenBells Alleppey a leading transporter since 2001 is providing an opportunity for every one approaching them an opportunity to make best use of their valuable holiday and romantic moments in a fantastic way at the spectacular backwaters in Alleppey.

We organize backwater cruise tours with experienced and dedicated staff . All our houseboats are well equipped with security equipments and highly hygienic atmosphere. We offer plush accommodation in the form of presidential houseboats with exclusive room overlooking a man made lagoon. 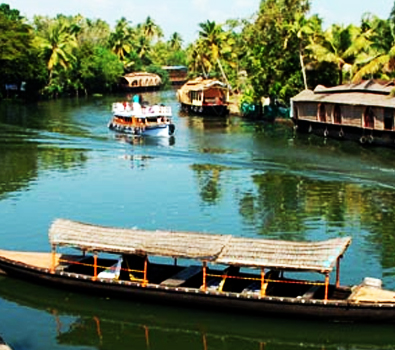 The backwaters of Kerala a network of lakes, canals, estuaries and delta's of 44 rivers that flows into the Arabian Sea from the Western Ghats are a unique contribution of Kerala to the world . Throughout the coastal areas of Kerala backwaters are endless stretches of lakes, lagoons and ponds connected by a network of canals. The Kerala backwater routes date back over the centuries and have been long used for all transportation needs, in particular trade in coconut, rubber and spices. Today, these waterways link remote villages and islands to the mainland and nerve centers of the coastal area. They also form an ideal highway for the thatched roof houseboats of Kerala, a colorful and unique navy of floating hotel suites, suitable for cruising the backwaters in sybaritic decadence.

The most exciting thing about the backwater tourism is undoubtedly the 'Kettuvallam' (traditional houseboat) which has now become the hottest tourism product / desitinations today in India. They are constructed with great skill and meticulousness by tying huge planks of jack wood together without the use of a single nail and coated with a caustic black resin made from boiled cashew kernels. With 30% of the land area covered by water, the visitors to Kerala backwaters will be able to have a close encounter with the backwater village life of the local people while cruising along, visiting interesting places scattered around the waterways in Kerala

Houseboats can run more than hundreds of kilometers of backwaters to explore houseboats have furnished bedrooms, modern toilets, living rooms, kitchenettes and even balconies for angling. Sections of the curved roof of wood or plaited palm leaves open out to provide shade and allow an uninterrupted view of the backwater country. The houseboats are either poled by local oarsmen or powered by engines. All of them have a crew comprising oarsmen, a cook and a guide. Gliding along the calm and serene backwaters flanked by green palmgroves, watching rural Kerala is a unique experience to any visitor. 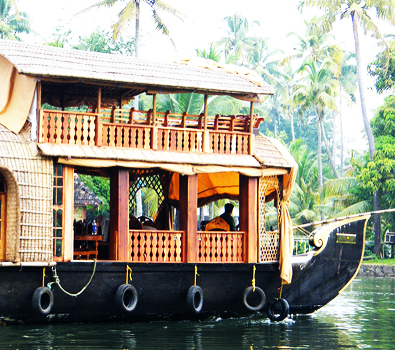 A birdwatcher's heaven can be found at the Kumarakom Bird Sanctuary. This bird sanctuary covers an impressive expanse of 14 acres. A tremendous variety of thousands of different birds can be found at the sanctuary at any given time. Numerous migratory birds even from places like Siberia end up at the sanctuary. It is common to see golden-backed woodpeckers, night herons, kingfishers, paradise fly-catchers, and egrets.

The entire area was established by the government of India in an effort to preserve the natural habitat of both native plants like mandrakes and coconut trees and of the various birds. Local people can be hired to canoe you through the entire sanctuary.

Only three kilometers east of Alleppey is the village of Karumadi. There is a large black granite statue there that is very famous. This sculpture is known as the Karumadi Kuttan. This statue is a left over remnant from the days that the Buddha religion was very popular in the region. Historians say that this black Buddha was carved in either the 9th or 10th century. Nowadays, Hindu is the more popular religion to belong to, but that does not change the beauty of this Buddha statue. The fact that it is made from black quartz makes it even more unusual, since quartz is normally associated with a gray color.

Punnamada Lake near Alleppey is host to the spectacular snake boat races that are annually held on the second Saturday of August. This competition is named after India's first prime minister Jawaharlal Nehru. The story goes that when Nehru say his first boat race, he got so into the competition that he jumped right into the boat that won the race, so the event became named the Nehru Trophy Snake Boat Race. Each and every 50 meter long wooden snake boat that is in the race is manned by over a hundred oarsmen. Such man power allows these boats to travel at remarkable speeds. The event traditionally commemorates the carrying of idols to their abodes in the state's magnificent temples. The trophy is a silver snake boat mounted on a wooden pedestal. 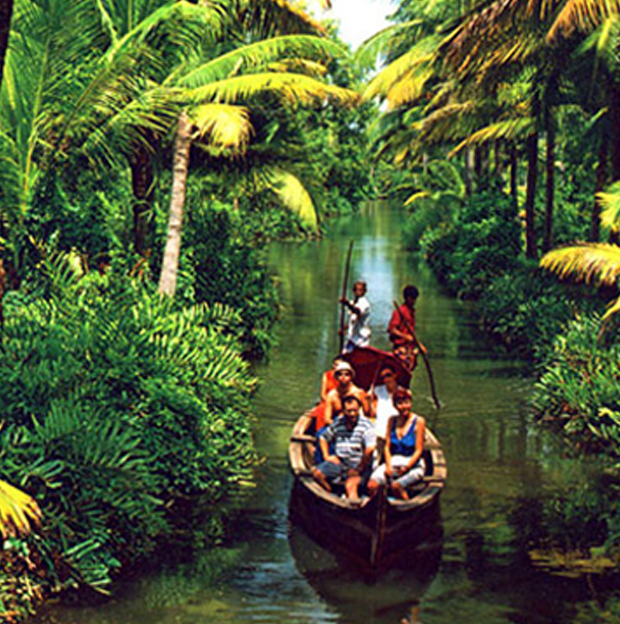 The backwaters of Kerala a network of lakes, canals, estuaries and delta's of 44 rivers that flows into the Arabian Sea from the Western 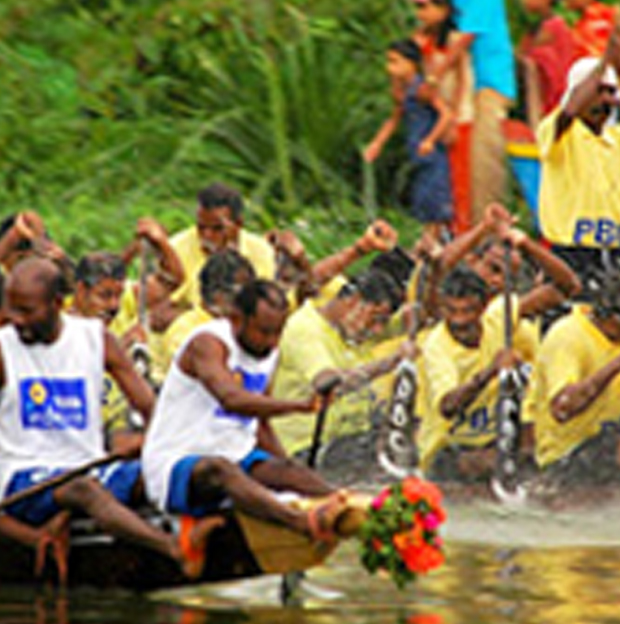 The cuisine of Kerala is linked in all its richness to the history, geography, demography and culture of the land.